Squirrel Hill ‘I Made It!’ Market & La Palapa Tacos

Ahhhhhh, the Squirrel Hill ‘I Made It! Market‘. A staple of the Jones family Pittsburgh summer. The Market is such a joy to experience, getting to personally connect with local artists, artisans, and businesses. There are always treasures to be found, and we end up stock piling for Christmas or buying quirky home decor.

Far and away, though, the true treasure of these markets is the Food Truck scene! And this particular trip, so soon after the launch of this illustrious taco and travel blog, we knew we wanted TACOS.

Ask and you shall receive!  We found a taco truck, La Palapa!  Even better, at the time it was the shortest line. We thought we had struck gold. The menu looked fantastic, including multiple veggie-vegan options! The intoxicating smell of tacos just grew as we got closer and closer to the window.

Let me start by saying that in most every other case, I would give separate reviews to the separate types of tacos. After all, is it fair to lump in the differing tastes of beef and chicken together at the same time? Of course not! And yet, with these tacos, I’m not sure the different protein filling made much of a difference.

Perhaps I’m overstating these tacos’ deficiencies. Overall, I thought these were good standard tacos. They wouldn’t blow your socks off, but they also wouldn’t disappoint completely.

And yet, they clearly did disappoint me. They both had rice with corn as a base beneath the protein of choice, and yet I couldn’t even taste the corn (my wife had to point it out to me). The meat was a bit dry and bland. The pico de gallo and the cilantro (both available to the customer to add to their tacos as toppings) were good, although they were difficult to grasp with the tongs provided in line, meaning that each taco likely had less pico and cilantro than it needed.

The corn tortillas had a nice taste and were doubled to prevent ripping. However, over stuffing of the meat (especially with the beef taco) made a lot fall out while eating.

Finally, the salsa. The tomatillo sauce was SO SPICY. While eating, my whole mouth felt on fire, and my lips were left tingling well after dinner’s conclusion. The salsa was so powerful that it overpowered any nuance these tacos may have had, making the chicken and beef tacos taste so similar that I’m reviewing them together!

The final heart-breaking moment was realizing that the food truck did not provide any utensils when we ran back to get some. While this usually isn’t a problem given that tacos are usually eaten with your hands, it was annoying to eat them without a fork when I had large amounts of spilled taco filling left over.

DISCLAIMER: I could barely breathe after eating these tacos, they were SO SPICY! But let’s start at the beginning.

The tacos were made quickly – it’s a food truck, so pretty standard practice. They thankfully doubled the corn tortillas to hold everything together, and handed the tacos to us with the meat of choice, on top of a bed of rice and corn. We then had options of stuffing the tacos with onions, pico de gallo, cilantro, and their cream sauce and tomatillo sauce. I stuffed it with everything, because I like my tacos stuffed to the brim with veggies and sauce.

The first bite was interesting, I barely tasted the chicken. The tomatillo sauce was so overpoweringly spicy – and that’s honestly the one of the only things I tasted the entire time. I kept trying to get bits of the rice and chicken in there to bring down the heat, but Matt still had to go buy us a massive cup of lemonade from a nearby stand so we could get through the tacos. I could tell the tortillas had been sitting in the heater for awhile, as the edges were all hard and the bottoms soft – they reminded me too much of stale tortillas, which was a big turn off. If you’re the type of person who’s into stale tortillas, though, maybe this is the right taco for you!

My favorite part of the taco was the pico de gallo – it was very fresh, but other than that I’d rate these as standard taco truck tacos with a little too much spice and some half stale tortillas.

Us before we knew what was coming to us: 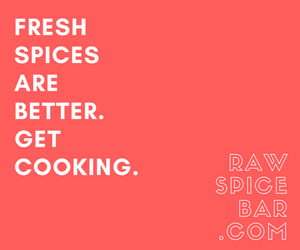